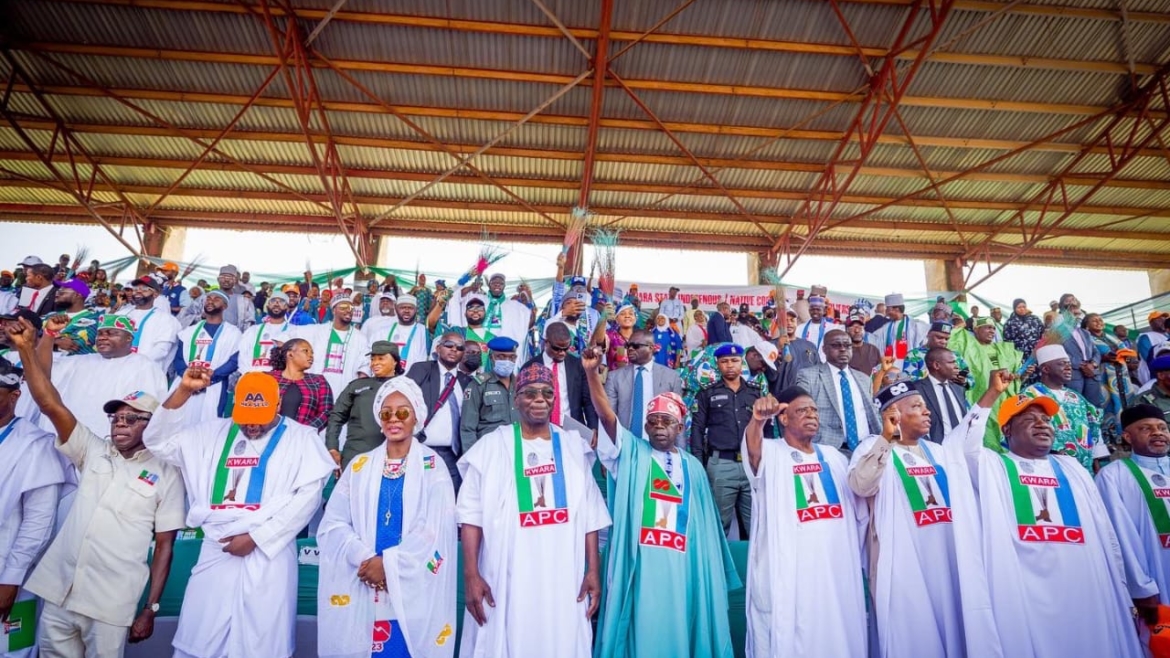 Tinubu for the rally tell him supporters make celebrate their freedom as they dem de prepare their Permanent Voter Cards for the election.