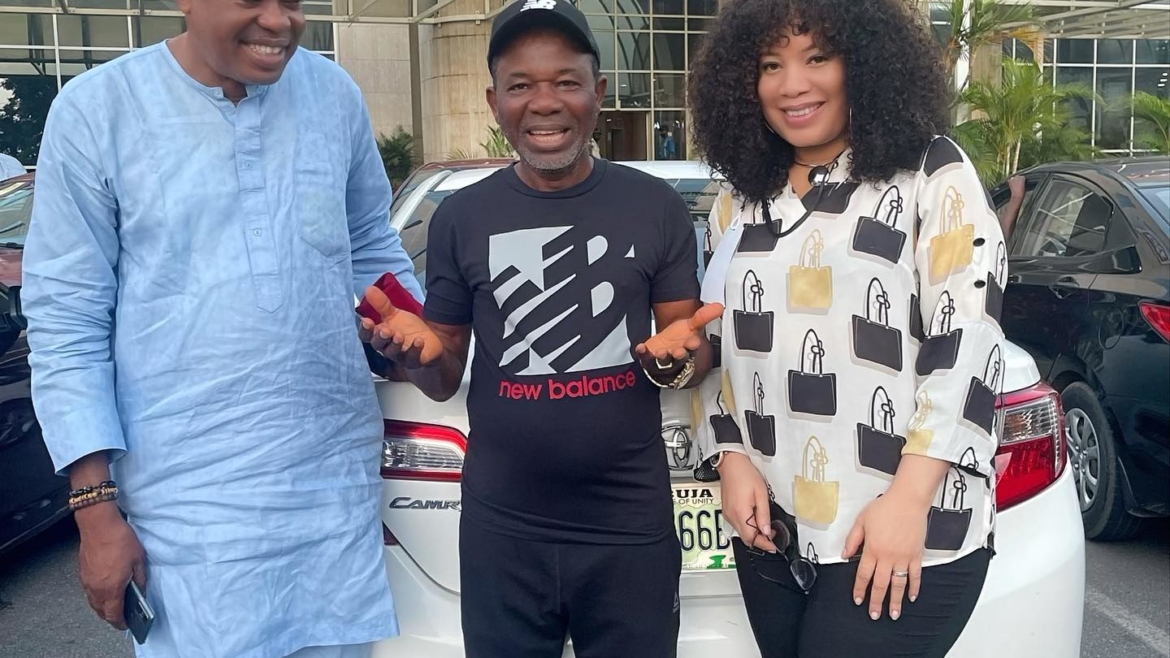 The Department of State Services has released Nollywood actor, Chiwetalu Agu, after spending four nights with them.

The DSS has not issued a statement on the release of Chiwetalu Agu, but photos of the movie actor in a joyful mood were circulated on the internet yesterday evening.

Chiwetalu Agu was seen in the company of other notable actors and actresses in the office of Senior Advocate of Nigeria, Chief Mike Ozekhome.

He was first arrested by soldiers around Upper Iweka area of Onitsha in Anambra State on Thursday last week, and detained till the following day, when he was handed over to the DSS.

The actor was arrested for wearing an outfit designed in the colours of the Biafran flag, and the Nigerian Army accused him of inciting support for a banned organization.

Reports say the President of the Actors Guild of Nigeria, Emeka Rollas, had requested the help of Chief Ozekhome, who offered to defend Chiwetalu Agu in court free of charge.