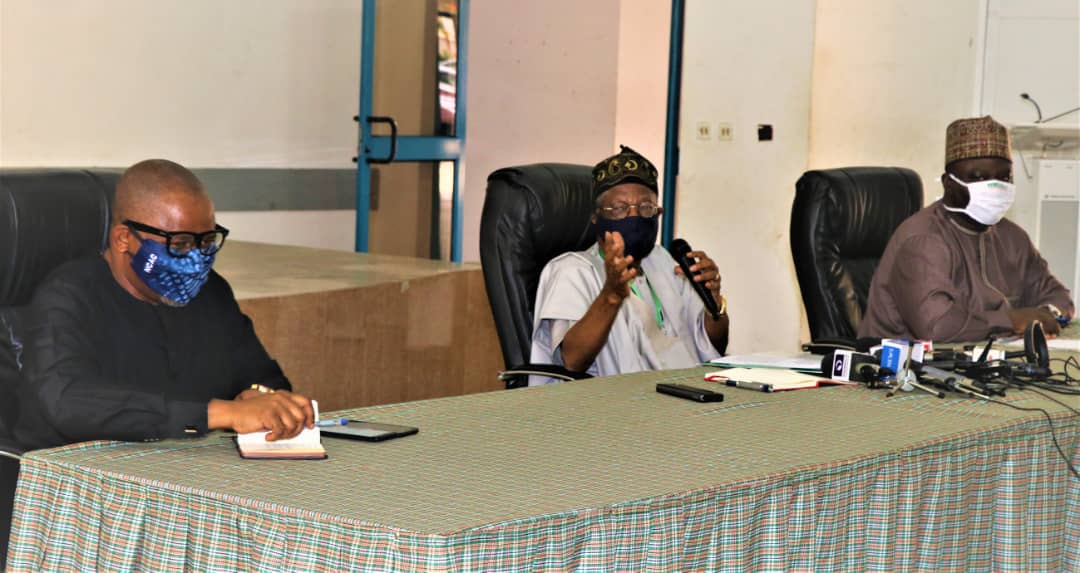 The Federal Government has granted a two-month licence-fee waiver for terrestrial broadcast stations in the country as part of efforts to ease the negative effect of the COVID-19 pandemic on the broadcast industry.

The Minister of Information and Culture, Lai Mohammed, announced the waiver during a meeting in Abuja between the National Broadcasting Commission, NBC, and the Broadcasting Organisations of Nigeria, BON.

Lai Mohammed also announced the setting up of a committee of Creative Industry stakeholders to look review and advise the Federal Government on the best way to tackle the effect of the pandemic on the industry.

“Before I announce the terms of reference of the committee, let me say that in the interim, I want to announce that I have approved the request by the National Broadcasting Commission (NBC) to grant a two-month licence-fee waiver for terrestrial broadcast stations in Nigeria.

“I make bold to say that while BON members have been hit hard by the current pandemic, they are not alone. In fact, the entire Creative Industry, which also covers the Broadcast Industry, has been affected by the pandemic that has inflicted extensive damage on the economy of nations across the world,” he said.

Alhaji Mohammed stressed the need for a collective and government-supported approach in dealing with the immediate, short and long term palliatives and initiatives for the industry, in order to mitigate the effect of the pandemic on the Industry.

“We have therefore decided that instead of addressing this problem piecemeal, we should do so holistically for a more positive outcome,” he said, noting that the Creative Industry is a very critical sector of the nation’s economy and a major plank of the economic diversification policy of this Administration, in addition to creating the highest number of jobs after Agriculture.

The Minister said the terms of reference of the committee include to assess the expected impact of the pandemic on the industry in general and advise the Government on how to mitigate job and revenue losses in the sector as well as to create succour for the industry small businesses.

The committee is also to suggest the type of taxation and financing that is best for the industry at this time to encourage growth and also advise the Government on any other measure or measures that can be undertaken to support the industry.

The committee has Ali Baba, a renowned Comedian, as Chairman while Anita Eboigbe of the News Agency of Nigeria will serve as Secretary.

Representatives of the Fashion, Publishing, Photography as well as Hospitality and Travel sectors are also to be included in the committee, which has four weeks to submit its report.

In her remarks, the Chairperson of BON, Hajia Sa’a Ibrahim, who was represented by Sir Godfrey Ohuabunwa, called for urgent mitigating measures for broadcast stations in the country which, she said, have all suffered huge revenue losses due to the pandemic.

She disclosed that privately-owned broadcast stations have contributed over N2 billion worth of airtime, free of charge, for public sensitization and awareness campaign for the containment of the disease in Nigeria as part of their Corporate Social Responsibility.