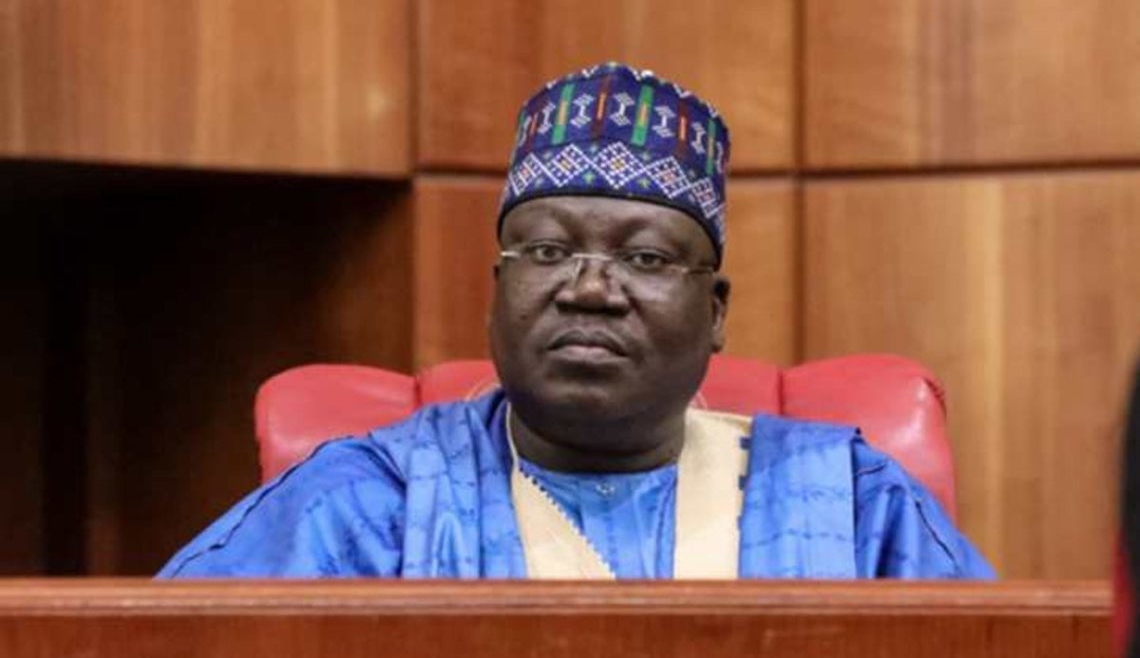 PRESIDENT of the Senate, Senator Ahmad Lawan said Saturday that his foray into partisan politics came with a vow never to deceive those who elected him. Lawan said that his decision to be transparent in his dealings as a lawmaker stems from his determination to deliver effective representation to his people, and by extension in service to the nation.

The President of the Senate disclosed this yesterday during the conferment of a traditional title of Mukaddam of Nguru in Yobe by the Nguru Emirate Council. In a statement by his Media Assistant, Press Ezrel Tabiowo, Lawan said, “The people of Zone C gave me the opportunity to serve them, and I’ll remain eternally grateful for that opportunity. “I made a promise when I entered into politics, or partisan politics in 1998, when I served as Vice Chairman of the All People’s Party (APP) in Yobe. “But in 1999 when I was elected as a member of the House of Representatives, I promised that I will not deceive the people who elected me. “I will always tell them the truth, even if it is bitter, and I will do my best at all times to represent them very well. “I’m still on that, and thank God from my federal constituency, to the larger Yobe North zone C, I have understood my people and my people understand me,” the Senate President said.

After his conferment of the traditional title of Mukaddam of Nguru by the Emir of Nguru, Lawan disclosed that plans were underway to establish a skill acquisition Centre in Yobe North senatorial district, adding that the move was in line with providing employment to the youths so as to address the surrounding problems of unemployment and insecurity in the state. Lawan said, “Your Royal Highness, this title will make me work harder during my tenure and after my tenure, because I have to leave at some point. “But while I serve as Senator representing this senatorial district, I will do everything possible to ensure that the people of Zone C, Yobe North, get their fair share of Federal presence and also opportunities in terms of employment. “Only two or three days ago, I had discussion with a government parastatal that we are going to establish a Skill Acquisition Centre in Nguru. “What we want to do with that acquisition Centre is to look for our youths, especially those who have nothing to do, train them in tiling, interlocking and so many other things that we have to borrow people from somewhere else. “When they are trained, we will give them something to work with, that way, the employment and even our security situation will be addressed.”