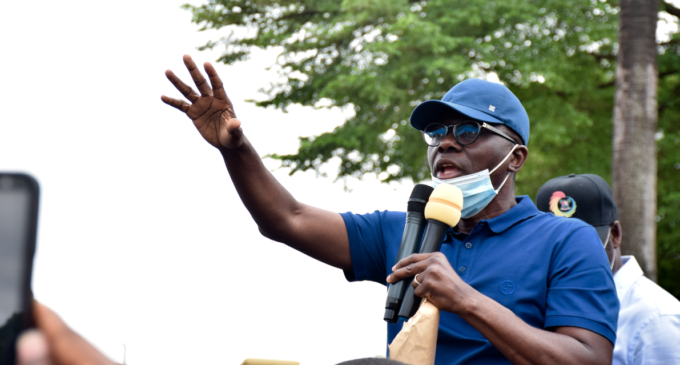 The President of the Student Union Government of the Lagos State University, Oladipupo Badmus, has promised to lead his members to join Governor Babajide Sanwo-Olu’s peace march later this month.

Badmus made the pledge when Governor Sanwo-Olu visited the university in Ojo Local Government Area to commission some projects for the students.

Recall that Governor Sanwo-Olu had promised to lead a peace walk during his state broadcast before the release of the whitepaper on the report of the EndSARS Panel of Inquiry.