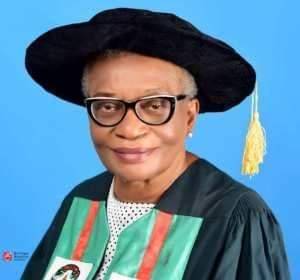 Professor EKANEM IKPI BRAIDE has become the first female President of the Nigerian Academy of Science.

Professor BRAIDE was inducted to the position at the Annual General Meeting of the Academy, which was done virtually today.

The professor of Parasitology and Epidemiology becomes the 19th President of the Academy, which has been in existence for forty-four years.

Professor BRAIDE was a member of the national committee on guinea worm eradication in Nigeria, and was honoured in July 2010 with the award of Officer of the Order of the Federal Republic, OFR.

She takes over from Professor MOSTO ONUOHA, and will lead the Nigerian Academy of Science for the next four years.