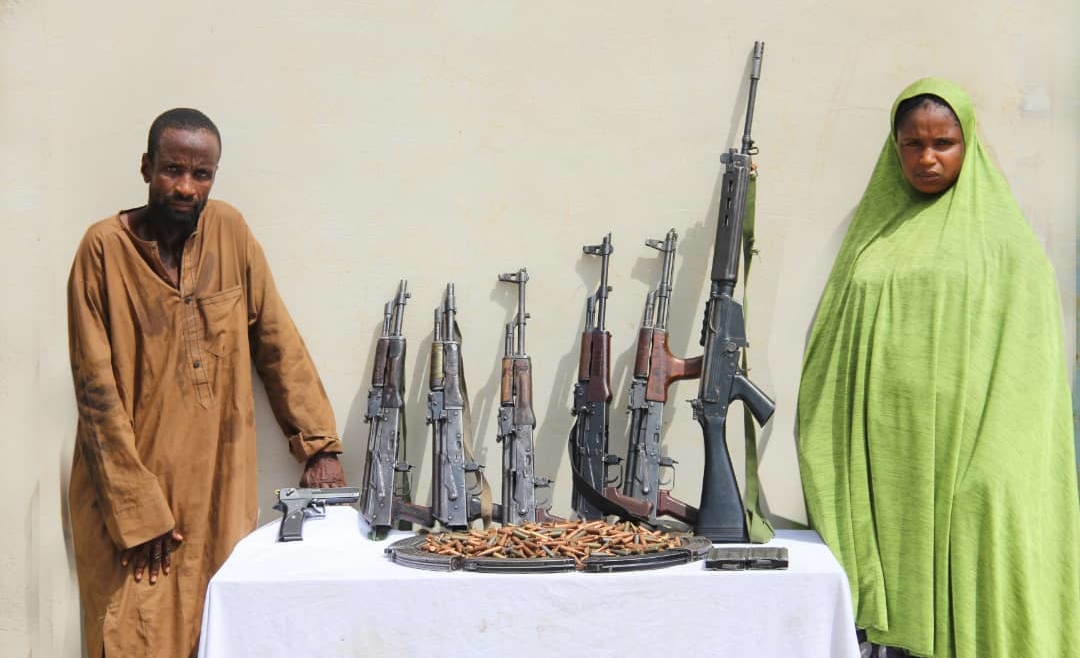 Police have arrested a twenty-eight-year-old woman on the suspicion of being the armourer of a gang of criminals operating around Sokoto, Kebbi, Kaduna and Niger States.

The female suspect identified as FATIMA GARBA was arrested along with her boyfriend ABUBAKAR USMAN and nine other members of the gang.

Members of the gang who are between twenty-two and thirty-seven years old are allegedly responsible for kidnapping and armed robbery attacks in the Northcentral states.

MBAH, who is a Deputy Commissioner of Police, also confirmed the smashing of a two-member car snatching gang operating from Jos, Plateau State and the recovery of twenty-one stolen vehicles.

In a statement; MBAH said the arrest of BASHIR ISIAKU and AMINU YAKUBU over car theft at the car park of the Jos University Teaching Hospital equally led to the arrest of thirteen dealers of stolen vehicles in different locations in the north.

He added that: “The recovered vehicles comprise 2 Opel Vectra, 1 Toyota Camry, 1 Honda CRV, 2 Toyota Carinae, 7 Golf-3, 1 Toyota Corolla, 6 Honda Civic and 1 Toyota Avensis. The suspects claimed that they found it easy to steal in JUTH due to the lax security at JUTH premises. Police investigations reveal that their choice cars are Toyota products, Honda products, and Volkswagen especially the Golf brand because these brand of cars are in high demand by criminal receivers, either in whole or in parts across the country and other neighboring countries.” 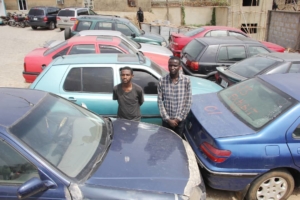 Furthernore; the Force Public Relations Officer said: “In the light of the above, members of the public whose cars were stolen between January 2019 and March 2020, within the premises of Jos University Teaching Hospital (JUTH) are advised to come forward for possible identification and recovery. Nigerians are equally enjoined to take extra measures to secure their cars by utilizing special security features such as steering or pedal locks, tracking systems, etc. In the same vein, institutions and organizations are encouraged to enhance security and access control within their premises to minimize the possibility of theft and other mischief by criminals.”