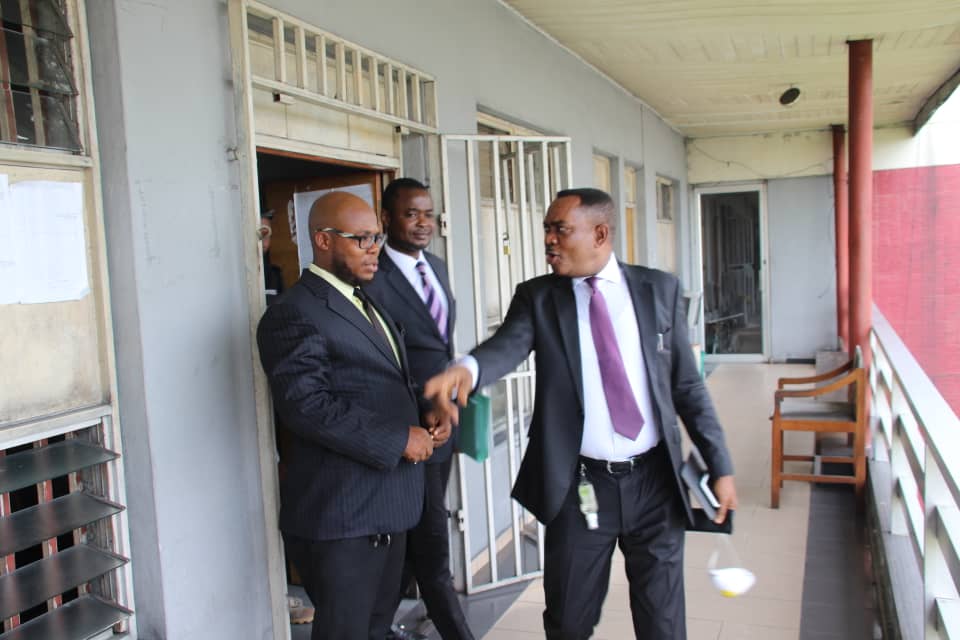 A Chief Magistrate Court sitting in Port Harcourt, Rivers State, has granted bail to 2 Carveton Helicopters pilots and ten passengers of the shuttle service company who were arrested for violating an Executive Order issued by Governor NYESOM WIKE on regulations to check the spread of coronavirus in the state.

The pilots are SAMUEL UGORJI and SAMUEL BUHARI, while the 10 passengers include:

Chief Magistrate D.D. IHUA-MADUENYI ordered SAMUEL UGORJI and SAMUEL BUHARI to provide a management staff of Carveton Helicopters as their surety, who must own a landed property in Port Harcourt, sign a bail bond of N2million, and must ensure that the two pilots attend their trial.

Before adjourning the matter to May 19, 2020 for trial, Chief Magistrate IHUA-MADUENYI ordered the passengers to present two sureties who must be management staff of Carveton Helicopters. They sureties are also to sign bail bond of N500,000 for each of the passengers and must undertake to bring the accused persons for trial.

The ruling followed a bail application moved by the lawyer to the Carveton Pilots, NWOKEDI IBE, which was dated April 8, 2020, but filed on April 9, 2020, and was supported by a 28-paragraph affidavit.

Attorney-General of Rivers State, Professor ZACCHEUS ADANGOR, who appeared for the State did not oppose the bail application, but urged the Court to set out bail conditions to ensure that the pilots attend their trial.

Recall that the 2 pilots and 10 passengers were arrested at the Nigerian Air Force Base, Port Harcourt in an operation led by the the Rivers State Commissioner of Police.

The pilots were on April 7, 2020 remanded in prison custody by the Port Harcourt Chief Magistrate Court, but later moved to a hotel within Old GRA, Port Harcourt after the State Attorney-General, Professor ZACCHEUS ADANGOR applied for that order.