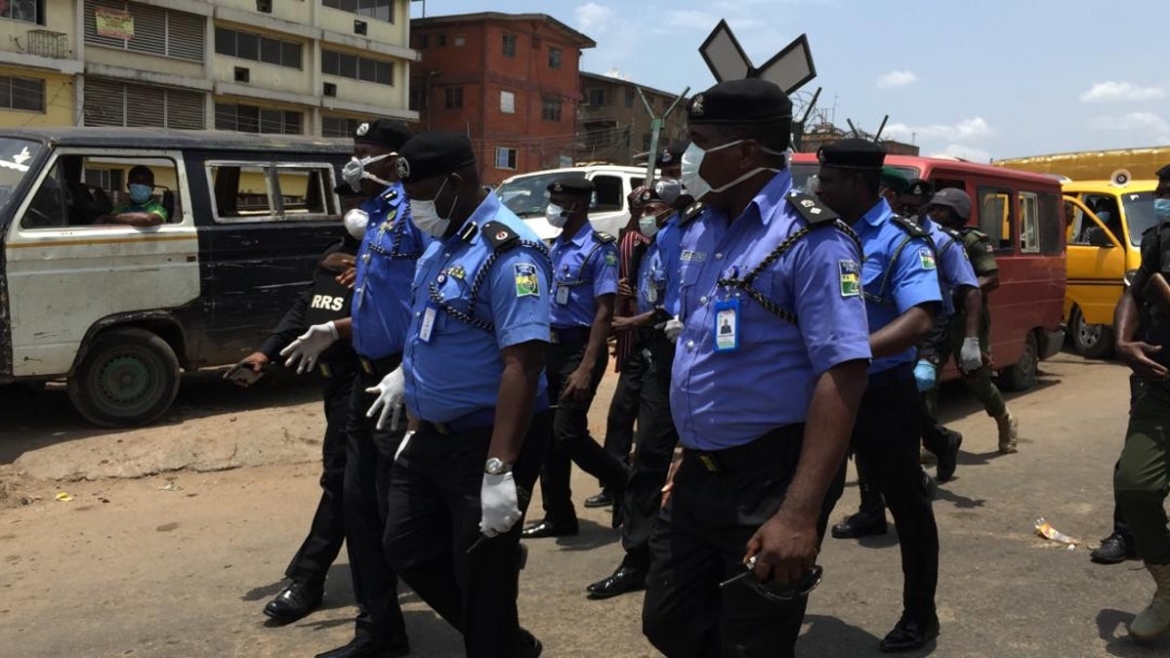 The Lagos State Commissioner of Police, HAKEEM ODUMOSU, has been visiting some of the areas where armed gangs are alleged to have been disturbing residents in a bid to assure the people of the police resolve to provide security for them.

CP ODUMOSU and other senior police officers from the Lagos State Police Command visited Agege, Iju and other neighbouring communities, where he called for calm and promised continuous patrol of the entire area.

ODUMOSU also cautioned the people to stop causing panic and creating tension by spreading information about planned attacks by hoodlums.

Police patrol teams also visited Unity Estate at Egbeda and Idumu, where the officers addressed some members of the vigilante groups in the communities.

At Omole and Ogba axis of Lagos; the officers in charge of the police patrol teams advised the youths who had mobilized to secure their communities to return to their homes and maintain social distancing.

Meanwhile; the Lagos State Police Command confirmed on its twitter handle that a twelve-year-old boy who was alleged to be acting as a spy for the armed gang around Iju was returned to his father after it was discovered that he ran away from home.