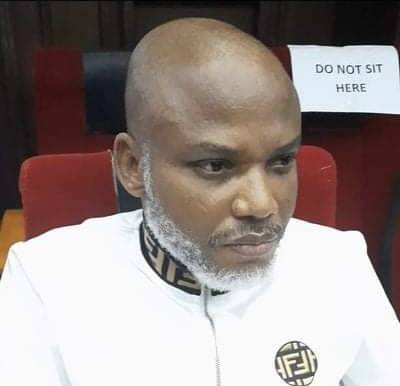 The United Nations has reportedly raised concerns over alleged torture and inhuman treatment of the detained leader of the Indigenous Peoples of Biafra, Nnamdi Kanu.

The UN is said to have made its position known in what has been described as the Mandates of Special Rapporteur on Torture and other wicked, inhuman or degrading treatment.

Reports say the US was responding to a petition by Nnamdi Kanu’s younger brother, Kanunta, who is said to have confirmed the interaction in a statement to the media.

He noted that the United Nations also warned of serious consequences if the allegations of torture and violation of the fundamental human rights against the IPOB leader were confirmed.

Kanunta said the information was released to the public on the expiration of a sixty-day period which was agreed upon to allow for the UN to contact and receive feedback from the Nigerian government.

However; the Federal Government is yet to confirm any official correspondence from the UN on the arrest, detention and prosecution of Nnamdi Kanu.