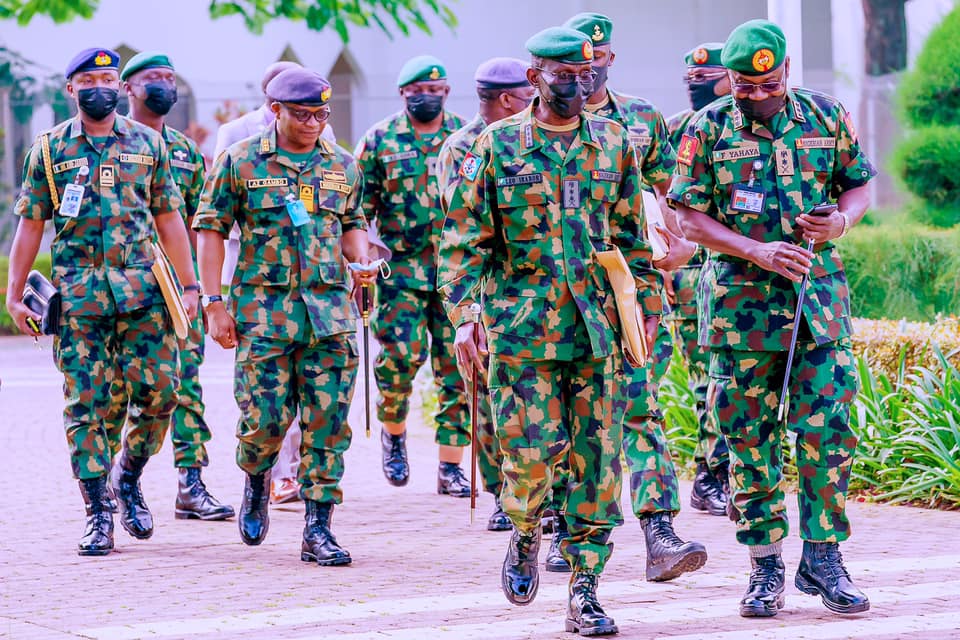 The Nigerian Army says it is investigating a video showing a group of soldiers setting houses on fire and shooting into residential buildings in a remote community.

The video, which started circulating on Monday, November 1, 2021, is said to have been recorded during a military operation at Mgbowo community, in Awgu Local Government Area of Enugu State.

However; the Acting Deputy Director of Army Public Relations at the 82 Division of the Nigerian Army, Major Abubakar Abdullahi, denied the claim.

Major Abdullahi said the ongoing investigation would help to determine when and where the video was recorded, as well as the soldiers involved in the act.

He assured that the outcome of investigation would be made public, adding that any military personnel found guilty of the act as portrayed in the video would be punished accordingly.

The Army spokesman confirmed that soldiers raided Mgbowo community, in Awgu in search of IPOB and ESN members, but described the video as a propaganda material that is intended to mislead the public.

He said troops of Joint Security Team arrested two ring leaders of IPOB and ESN during the raid, which he said was carried out at night.