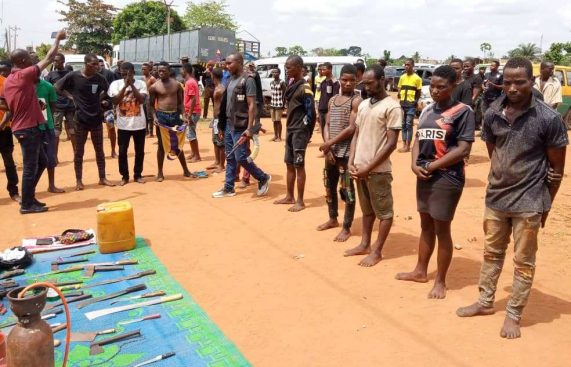 The Police High Command in Abuja has confirmed the arrest of one hundred and ninety-one suspects around Agbado, Ifo, Otta and Agege axis of Lagos and Ogun states.

The Inspector General of Police, MOHAMMED ADAMU, has also ordered the deployment of police intervention squads in two states due to increase in robbery attacks.

IGP ADAMU also directed Deputy Inspector General of Police BABATUNDE OGUNYANWO, who is in charge of Lagos and Ogun states, to coordinate the operation.

The Lagos State Police Command has boasted that it has the capacity to deal with criminal gangs that are operating in any part of the state.

However; the Police Public Relation Officer, BALA ELKANA, said those who organized themselves as street vigilante groups are causing more problems.

Speaking in a telephone interview with our correspondent, the Police spokesman said the Lagos State Command has fully mobilized its personnel to deal with the situation.

However; the State Commissioner of Police, KENNET EBRIMSON, said investigations so far have not confirmed claims of robbery.