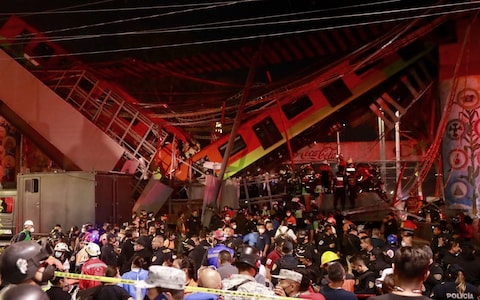 At least twenty-three people have been killed and sixty-five rushed to hospital after a rail overpass collapsed in Mexico City.

The accident is said to be the deadliest in the history of Mexico’s metro system, which is one of the busiest in the world.

The Mayor of Mexico City, CLAUDIA SHEINBAUM said a crane has been sent to the site to assist in the rescue operation.