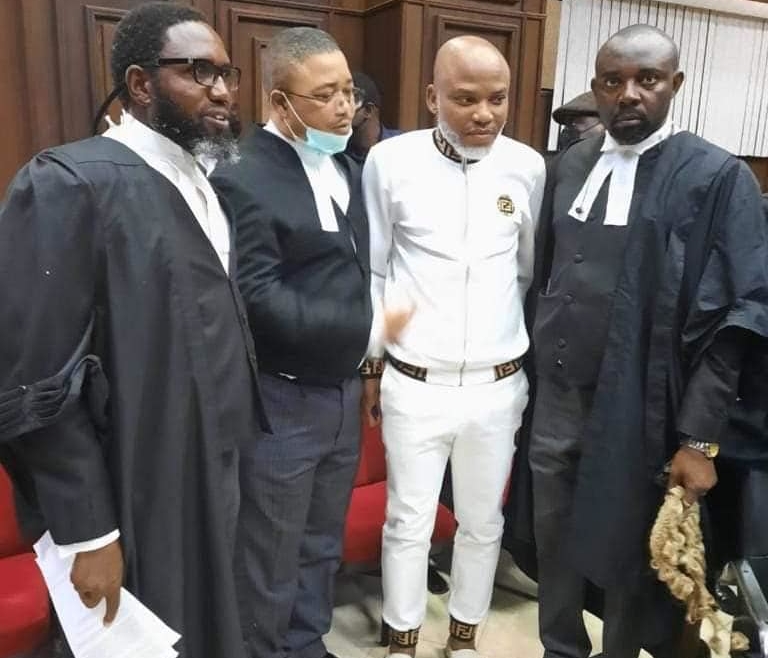 The leader of the Indigenous People of Biafra, Nnamdi Kanu, has pleaded not guilty to seven counts of terrorism and treasonable felony.

Kanu entered his plea after he was brought before Justice Binta Nyako of the Federal High Court sitting in Abuja, after which the matter was adjourned to November 10.

The Federal Government had on Monday this week filed the amended charges against Kanu, following which the Department of State Service brought the accuse person to court under tight security.

But outside the courtroom, after today’s session, the lead defence counsel, Ejimofor told newsmen that the charges against his client have no legal backing.