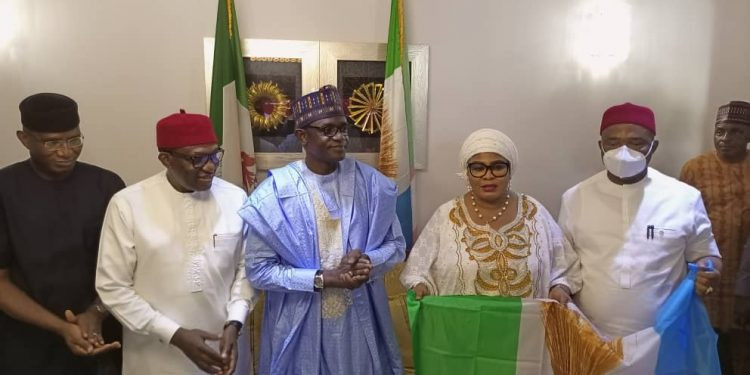 Members of the Board of Trustees of the People’s Democratic Party have chosen Yemi Akinwonmi as Acting National Chairman of the party.

The BoT members took the decision at a meeting in Abuja yesterday, following an order by a High Court in Rivers State for Uche Secondus to stop parading himself as National Chairman of the PDP.

Former Vice President of Nigeria, Atiku Abubakar, who was among PDP leaders who attended the BoT meeting, said the development shows that the party can solve the problems facing Nigeria.

The two Deputy National Chairmen of the party for the North and South, Senator Suleiman Nazif, and Yemi Akinwonmi, had been locked in a struggle over who to take charge of the party.

Meanwhile; a former Minister of Aviation, Stella Oduah, has dumped the People’s Democratic Party for the ruling All Progressives Congress.

Senator Oduah represents Anambra North Senatorial District in the National Assembly. She was received into the APC by leaders of the party, including Chairman of the Caretaker-Extraordinary Convention Planning Committee, Governor Mai Mala Buni.